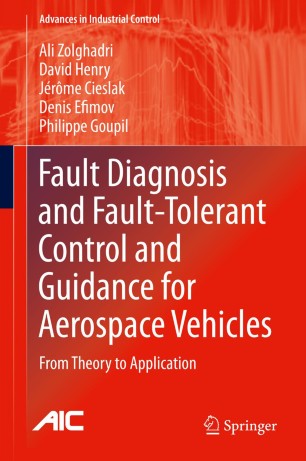 Fault Diagnosis and Fault-Tolerant Control and Guidance for Aerospace Vehicles

From Theory to Application

Fault Diagnosis and Fault-Tolerant Control and Guidance for Aerospace demonstrates the attractive potential of recent developments in control for resolving such issues as improved flight performance, self-protection and extended life of structures. Importantly, the text deals with a number of practically significant considerations: tuning, complexity of design, real-time capability, evaluation of worst-case performance, robustness in harsh environments, and extensibility when development or adaptation is required. Coverage of such issues helps to draw the advanced concepts arising from academic research back towards the technological concerns of industry.

The authors exploit experience gained in research collaboration with academic and major industrial partners to validate advanced fault diagnosis and fault-tolerant control techniques with realistic benchmarks or real-world aeronautical and space systems. Consequently, the results presented in Fault Diagnosis and Fault-Tolerant Control and Guidance for Aerospace, will be of interest in both academic and aerospatial-industrial milieux.