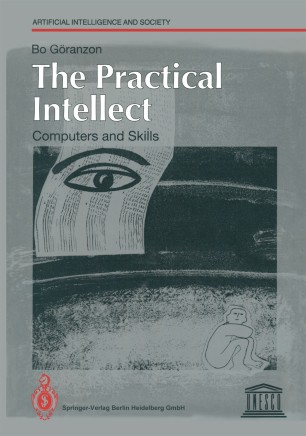 Part of the Artificial Intelligence and Society book series (HCS)

The intention of this book is not to add another technical work to the series of publications already available on matters connected with the relations between natural and artificial intelligence, nor to repeat the positions already well expressed in, for example, the debate between John Searle, Daniel Dennet and Hubert Dreyfus. It is an attempt to encourage philosophical reflection on dimensions of the subject that have hitherto been somewhat neglected. This book, which explores a number of case studies, is the fifth in the series, the previous four books being: (i) Knowledge, Skill and Artificial Intelligence (Bo Goranzon and Ingela Josefson (Eds. ), Springer-Verlag, London, 1988) (ii) Artificial Intelligence, Culture and Language: On Education and Work (Bo Goranzon and Magnus Florin (Eds. ), Springer­ Verlag, London, 1990) (iii) Dialogue and Technology: Art and Knowledge (Bo Goranzon and Magnus Florin (Eds. ), Springer-Verlag, London, 1991) (iv) Skill and Education: Reflection and Experience (Bo Goranzon and Magnus Florin (Eds. ), Springer-Verlag, London, 1992) An important connection between these four books is the conference on Culture, Language and Artificial Intelligence held in Stockholm in May-June, 1988. The conference was attended by more than 300 researchers and practitioners, from over 15 countries, in the fields of technology, philosophy, the history of ideas, literature and linguistics. Contributions to the books were solicited from among those who attended the conference and from researchers involved in work related to its aim.