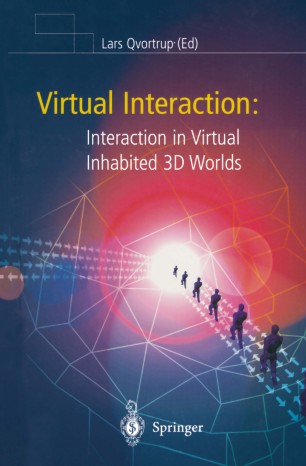 Lars Qvortrup The world of interactive 3D multimedia is a cross-institutional world. Here, researchers from media studies, linguistics, dramaturgy, media technology, 3D modelling, robotics, computer science, sociology etc. etc. meet. In order not to create a new tower of Babel, it is important to develop a set of common concepts and references. This is the aim of the first section of the book. In Chapter 2, Jens F. Jensen identifies the roots of interaction and interactivity in media studies, literature studies and computer science, and presents definitions of interaction as something going on among agents and agents and objects, and of interactivity as a property of media supporting interaction. Similarly, he makes a classification of human users, avatars, autonomous agents and objects, demon­ strating that no universal differences can be made. We are dealing with a continuum. While Jensen approaches these categories from a semiotic point of view, in Chapter 3 Peer Mylov discusses similar isues from a psychological point of view. Seen from the user's perspective, a basic difference is that between stage and back-stage (or rather: front-stage), i. e. between the real "I" and "we" and the virtual, representational "I" and "we". Focusing on the computer as a stage, in Chapter 4 Kj0lner and Lehmann use the theatre metaphor to conceptualize the stage phenomena and the relationship between stage and front-stage.