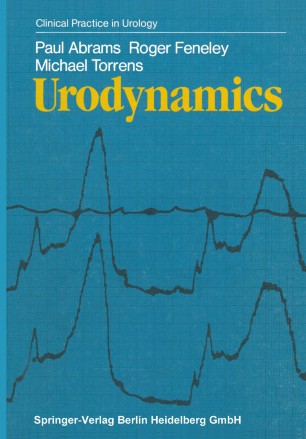 For centuries, physicians studied the appearance and characteristics of urine as a guide to the health of the individual. In contrast, the mechanism of micturition attracted little attention and, until recent years, the study of the lower urinary tract consisted mainly of some form of cystometry and in watching the force of the stream. Exactly when more precise measurements began can be debated but interest in the subject developed rapidly following the improved methods for measuring urinary ftow rates introduced by von Garrelts in 1956. The level of interest and investigation in this subject has since grown quickly though not without debate. Now, after a quarter of a century of endeavour, urodynamics has an established place not only in urology but many other areas of medicine and this book is a lucid account of the current practice of the subject. The special characteristic of this book is that it represents a very cohesive description of the subject as developed in one medical centre. The advantage of this is readily evident by the way in which the Authors have covered the subject, from patient assessment to organisation of urodynamic units, in a logical and practical style. The Authors have also planned the contents so that the reader can follow the evolution of the subject and thereby appreciate the way in which the subject has grown, how the terminology has developed and, perhaps most relevant, how to staff a urodynamic service.