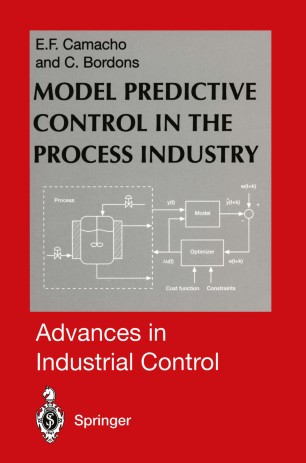 Model Predictive Control is an important technique used in the process control industries. It has developed considerably in the last few years, because it is the most general way of posing the process control problem in the time domain. The Model Predictive Control formulation integrates optimal control, stochastic control, control of processes with dead time, multivariable control and future references. The finite control horizon makes it possible to handle constraints and non linear processes in general which are frequently found in industry. Focusing on implementation issues for Model Predictive Controllers in industry, it fills the gap between the empirical way practitioners use control algorithms and the sometimes abstractly formulated techniques developed by researchers. The text is firmly based on material from lectures given to senior undergraduate and graduate students and articles written by the authors.