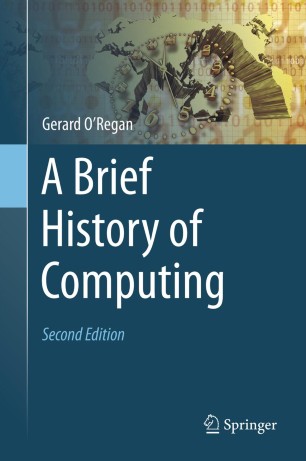 A Brief History of Computing

The history of computing has its origins at the outset of civilization, and the need for increasingly sophisticated calculations has grown as towns and communities evolved.

This lively and fascinating text traces the key developments in computation – from 3000 B.C. to the present day – in an easy-to-follow and concise manner. Providing a comprehensive introduction to the most significant events and concepts in the history of computing, the book embarks upon a journey from ancient Egypt to modern times; taking in mechanical calculators, early digital computers, the first personal computers and 3G mobile phones, among other topics. This expanded and revised new edition also examines the evolution of programming languages and the history of software engineering, in addition to such revolutions in computing as the invention of the World Wide Web.

This clearly written and broad-ranging text both gives the reader a flavour of the history and stimulates further study in the subject. As such, it will be of great benefit to students of computer science, while also capturing the interest of the more casual reader.

“The book under review … provides a succint (about 250 pages) reference book to computing topics (ranging from history to people to basic concepts). … In its succint presentation the book has several strengths: It deals with pioneers (like Zuse) and historical issues … . The book aims at the general reader or student with some general mathematical background knowledge and some experience with computers who needs a short offline encyclopedia.” (Manuel Bremer, Zentralblatt MATH, Vol. 1244, 2012)