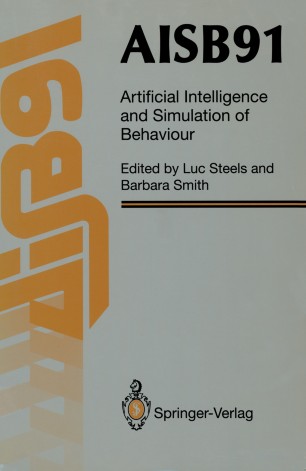 Proceedings of the Eighth Conference of the Society for the Study of Artificial Intelligence and Simulation of Behaviour, 16–19 April 1991, University of Leeds

AISB91 is the eighth conference organized by the Society for the Study of Artificial Intelligence and Simulation of Behaviour. It is not only the oldest regular conference in Europe on AI - which spawned the ECAI conferences in 1982 - but it is also the conference that has a tradition for focusing on research as opposed to applications. The 1991 edition of the conference was no different in this respect. On the contrary, research, and particularly newly emerging research dir­ ections such as knowledge level expert systems research, neural networks and emergent functionality in autonomous agents, was strongly emphasised. The conference was organized around the following sessions: dis­ tributed intelligent agents, situatedness and emergence in autonomous agents, new modes of reasoning, the knowledge level perspective, and theorem proving and machine learning. Each of these sessions is discussed below in more detail. DISTRIBUTED INTELLIGENT AGENTS Research in distributed AI is concerned with the problem of how multiple agents and societies of agents can be organized to co-operate and collectively solve a problem. The first paper by Chakravarty (MIT) focuses on the problem of evolving agents in the context of Minsky's society of mind theory. It addesses the question of how new agents can be formed by transforming existing ones and illustrates the theory with an example from game playing. Smieja (GMD, Germany) focuses on the problem of organizing networks of agents which consist internally of neural networks.