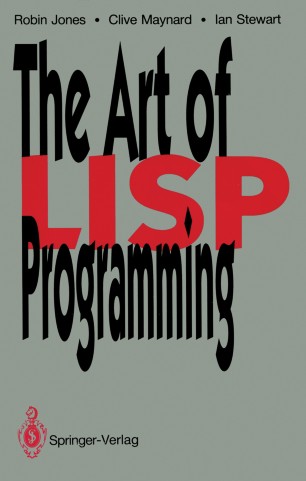 The Art of Lisp Programming

Many of us already have at least a passing acquaintance with procedural languages such as BASIC or Pascal, but may not have met a functional language like Lisp before. Using the same enjoyable and sometimes quirky style that they employed so successfully in "The Art of C-Programming", Robin Jones and his team explain the fundamentals of Lisp in a way that students from school to postgraduates will find lucid and stimulating. The book is unique in illustrating the use of Lisp through the development of a realistic project: the design and implementation of a Lisp-based interpreter for the language ABC.