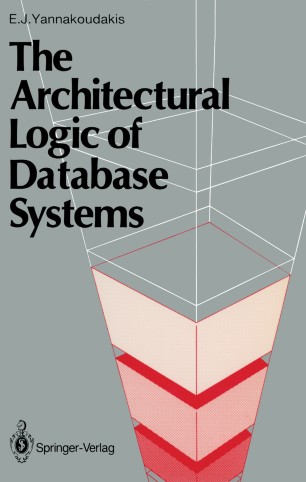 The Architectural Logic of Database Systems

If we look back to pre-database systems and the data units which were in use, we will establish a hierarchy starting with the concept of 'field' used to build 'records' which were in turn used to build higher data units such as 'files'. The file was considered to be the ultimate data unit of information processing and data binding 'monolith'. Moreover, pre­ database systems were designed with one or more programming languages in mind and this in effect restricted independent develop­ ment and modelling of the applications and associated storage structures. Database systems came along not to turn the above three units into outmoded concepts, but rather to extend them further by establishing a higher logical unit for data description and thereby offer high level data manipulation functions. It also becomes possible for computer professionals and other users to view all information processing needs of an organisation through an integrated, disciplined and methodical approach. So, database systems employ the concepts field, record and file without necessarily making them transparent to the user who is in effect offered a high level language to define data units and relation­ ships, and another language to manipulate these. A major objective of database systems is to allow logical manipulations to be carried out independent of storage manipulations and vice versa.