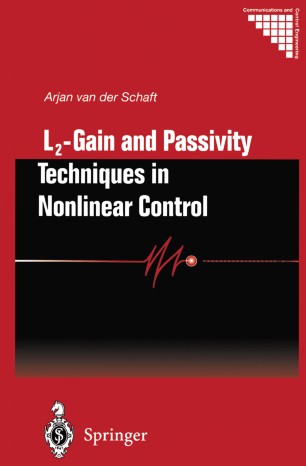 With respect to the first edition as Volume 218 in the Lecture Notes in Con­ trol and Information Sciences series the basic idea of the second edition has remained the same: to provide a compact presentation of some basic ideas in the classical theory of input-output and closed-loop stability, together with a choice of contributions to the recent theory of nonlinear robust and 1foo control and passivity-based control. Nevertheless, some parts of the book have been thoroughly revised and/or expanded, in order to have a more balanced presen­ tation of the theory and to include some of the new developments which have been taken place since the appearance of the first edition. I soon realized, how­ ever, that it is not possible to give a broad exposition of the existing literature in this area without affecting the spirit of the book, which is precisely aimed at a compact presentation. So as a result the second edition still reflects very much my personal taste and research interests. I trust that others will write books emphasizing different aspects. Major changes with respect to the first edition are the following: • A new section has been added in Chapter 2 relating L2-gain and passivity via scattering, emphasizing a coordinate-free, geometric, treatment. • The section on stability in Chapter 3 has been thoroughly expanded, also incorporating some recent results presented in [182J.