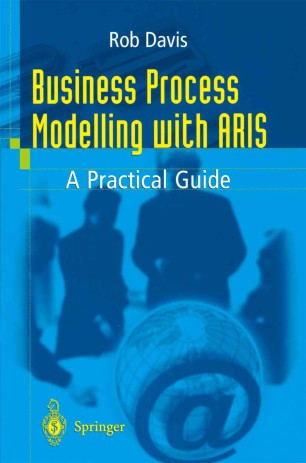 1994 marks the year that the international version of ARlS Toolset - a software system capable of analysing, modelling and navigating business processes - was developed and released by the software and consulting company IDS Prof. Scheer GmbH in Saarbriicken, Germany (from 1999 known as IDS Scheer AG). By the end of 2000 an estimated 24,000 copies of this product will have been sold and installed worldwide, with many additional copies supplied to universities for teaching and research projects. The system's connectivity to existing integrated standard software products, such as System Rl3 and mysap.com by SAP AG, is another factor that is expected to contribute to its fast disseminahon worldwide. The development of ARlS Toolset evolved from results which were obtained at the research institute "Institut ftir Wirtschaftsinformatik" (German for "Institute for Business Process Engineering"). The Institute has a staff of about 50 people and is based at the University of the Saarland. The history of ARlS Toolset is interesting because it demonstrates the benefits provided by a closely-knit mesh of research and product development. Creating such a mesh was only possible by founding IDS Scheer AG in parallel with acting as head of the research institute. Today, this software and consulting firm has a staff of more than 1600 people.