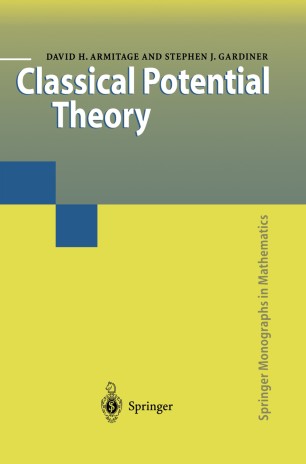 From its origins in Newtonian physics, potential theory has developed into a major field of mathematical research. This book provides a comprehensive treatment of classical potential theory: it covers harmonic and subharmonic functions, maximum principles, polynomial expansions, Green functions, potentials and capacity, the Dirichlet problem and boundary integral representations. The first six chapters deal concretely with the basic theory, and include exercises. The final three chapters are more advanced and treat topological ideas specifically created for potential theory, such as the fine topology, the Martin boundary and minimal thinness.
The presentation is largely self-contained and is accessible to graduate students, the only prerequisites being a reasonable grounding in analysis and several variables calculus, and a first course in measure theory. The book will prove an essential reference to all those with an interest in potential theory and its applications.