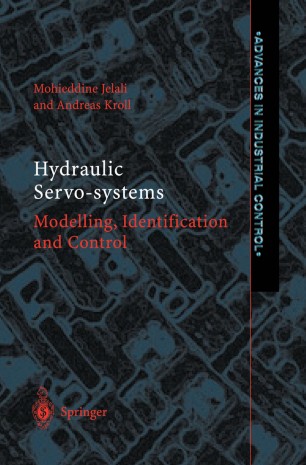 Hydraulic Servo-systems details the basic concepts of many recent developments of nonlinear identification and nonlinear control and their application to hydraulic servo-systems: developments such as feedback linearisation and fuzzy control. The principles, benefits and limitations associated with standard control design approaches such as linear state feedback control, feedforward control and compensation for static nonlinearities are also reviewed, because of their continued practical importance.

Appendices outline the most important fundamentals of (nonlinear) differential geometry and fuzzy control. The book is very application-oriented and provides the reader with detailed working procedures and hints for implementation routines and software tools.

Hydraulic Servo-systems will interest scientists and qualified engineers involved in the analysis and design of hydraulic control systems, especially in advanced hydraulic industries, the aeronautical and space, and automotive industries.

Mohieddine Jelali received the Dipl.-Ing. and Dr.-Ing. degrees from the University of Duisberg, Germany in 1993 and 1997 respectively, both in mechanical engineering. From 1993 to 1996, he was research assistant with the Department of Measurement and Control.

From 1996 to 1999, he worked as a research-and-development engineer with Mannesmann Demag Metallurgy in Ratingen, BU Cold Rolling and Processing. In September 1999, he joined the Betriebsforchungsinstitut - VDEh-Institut für angewandte Forschung GmbH in Düsseldorf as a project manager and co-ordinator of multinational research projects in the steel industry. His main fields of interest include: modelling, dynamic simulation, development of advanced controls and control prototyping for rolling mills and supervisory control of steel processes.

Since October he has been a lecturer in control systems at the University of Duisberg. He has written/co-written 14 research publications.

Andreas Kroll obtained his Dr.-Ing. in mechanical engineering at the University of Duisberg in 1996. From 1993 to 1996, he was also a research assistant with the Department of Measurement and Control.

In 1996 Doctor Kroll joined the ABB Research Centre in Heidelberg as a research-and-development engineer. Since 1998, he has been International R&D manager and since 2000, the group leader for Applied Control and Optimisation. His current research interests include: methods of computational intelligence, advanced process control and applications, dynamic simulation and optimisation of processes, international project management and personal and technological strategies of the line unit.

He has written or co-written 16 publications.

Altogether the book gives a comprehensive survey of physical modelling, conventional and modern control stategies for hydraulic drives and can be recommended to engineers and scientists who are working in this field.