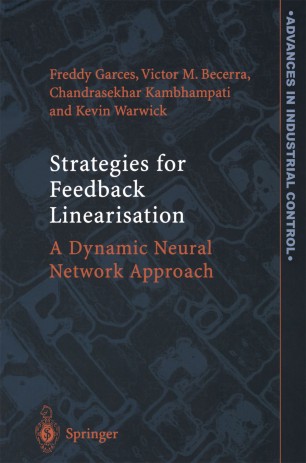 The series Advances in Industrial Control aims to report and encourage of control technology transfer in control engineering. The rapid development technology has an impact on all areas of the control discipline. New theory, new controllers, actuators, sensors, new industrial processes, computer methods, new applications, new philosophies ... , new challenges. Much of this development work resides in industrial reports, feasibility study papers and the reports of advanced collaborative projects. The series offers an opportunity for researchers to present an extended exposition of such new work in all aspects of industrial control for wider and rapid dissemination. Nonlinear control methods continue to exert a continuing fascination for current researchers in control systems techniques. Many industrial systems are nonlinear as was so ably demonstrated in the recent Advances in Industrial Control monograph on hydraulic servo-systems by M. Jelali and A. Kroll. However, the need to use a nonlinear control technique depends on the severity of the nonlinearity and the performance specification of the application. In some cases it is imperative that a nonlinear technique be used. The type of technique which is applied usually depends on the available information on the system description. This is the key determinant in the development of new nonlinear control methods. Over the next few years it is hoped that the nonlinear control paradigm will produce several methods which will be easily and widely applicable in industrial problems. In the meantime the search and development research go on.