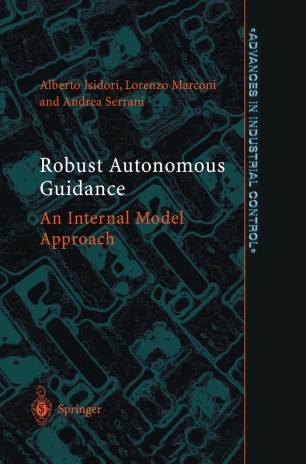 A typical plant control system will be subject to the undesirable influence of exogenous commands and disturbances. In order to track and reject these Professor Isidori and his co-authors have designed a feedback control system based on embedding a model of these disturbances within the controller itself - the so-called "internal model".

Beginning with a review of the fundamental principles of internal-model-based feedback control design, Robust Autonomous Guidance moves on to expound recent enhancements to such designs and then to their implementation in systems operating under conditions of great uncertainty.

The three case studies presented: attitude control of a low-Earth-orbit satellite and the landing of fixed- and rotary-winged aircraft on a ship involve control systems coping with a high degree of nonlinear behaviour. The key issues addressed in each case study are the design of an adaptive internal model for the specific tracking task and of stabilizing control capable of steering the tracking error to zero while keeping all internal states bounded for any arbitrarily large but bounded envelope of initial data and uncertain parameters. Nested saturated controls form the basis of novel tools for asymptotic analysis and design.

Robust Autonomous Guidance will be of great interest to academic and industrial researchers working with nonlinear control systems and to engineers involved in the design of aerospatial guidance systems. It will also be a useful reference for graduate students working with non-linear systems.

The book is well organized and well written. Each chapter starts with an introductory section and each case study concludes with simulation results. The book is an excellent combination of theory and real-world applications. Each application not only demonstrates the power of the theoretical results but also is important on its own behalf.