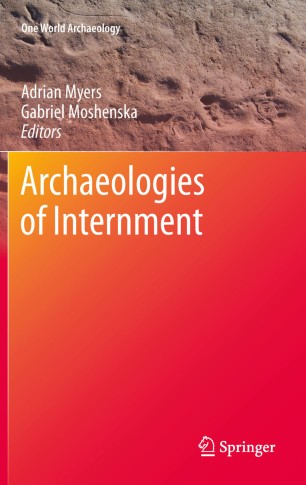 The internment of civilian and military prisoners became an increasingly common feature of conflicts in the twentieth century and into the twenty-first. Prison camps, though often hastily constructed and just as quickly destroyed, have left their marks in the archaeological record. Due to both their temporary nature and their often sensitive political contexts, places of internment present a unique challenge to archaeologists and heritage managers.

As archaeologists have begun to explore the material remains of internment using a range of methods, these interdisciplinary studies have demonstrated the potential to connect individual memories and historical debates to the fragmentary material remains.

Archaeologies of Internment brings together in one volume a range of methodological and theoretical approaches to this developing field. The contributions are geographically and temporally diverse, ranging from Second World War internment in Europe and the USA to prison islands of the Greek Civil War, South African labor camps, and the secret detention centers of the Argentinean Junta and the East German Stasi.

These studies have powerful social, cultural, political, and emotive implications, particularly in societies in which historical narratives of oppression and genocide have themselves been suppressed. By repopulating the historical narratives with individuals and grounding them in the material remains, it is hoped that they might become, at least in some cases, archaeologies of liberation.

Adrian Myers is a PhD Candidate in the Department of Anthropology at Stanford University. For his dissertation research he is running excavations at a Prisoner of War camp that held German Afrika Korps soldiers in a national park in Canada during the Second World War.

Gabriel Moshenska is a Leverhulme Trust Early Career Research Fellow at UCL Institute of Archaeology. He works on the history of archaeology, public archaeology, and the archaeology and anthropology of Second World War Britain.

Modernity has been characterized by the internment of people, as a way of torturing and sometimes destroying them. Those practices aim at controlling, subduing and forcing people to comply with social norms, punishing deviation and descent with seclusion and possibly death. As a ubiquitous feature of modernity, archaeology has been paying a growing attention to the study of the materiality of internment. Archaeologies of Internment gathers contributors from different continents and aims at understanding a wide variety of experiences worldwide and also at fostering a less oppressive sociability in the present. As a result, the reader is both enlightened and enticed to join the contributors in their struggle for a liberating archaeology. A most readable book, Archaeologies of Internment is a convincing invitation to a renewed practice of the discipline.  --Pedro Paulo A. Funari, former World Archaeological Congress secretary, is professor of historical archaeology at Campinas University, Brazil.