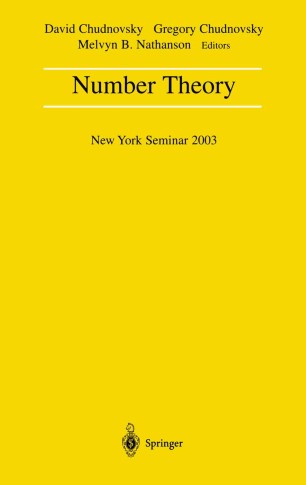 This volume marks the 20th anniversary of the New York Number Theory Seminar (NYNTS). Beginning in 1982, the NYNTS has tried to present a broad spectrum of research in number theory and related fields of mathematics, from physics to geometry to combinatorics and computer science. The list of seminar speakers includes not only Fields Medallists and other established researchers, but also many other younger and less well known mathematicians whose theorems are significant and whose work may become the next big thing in number theory.