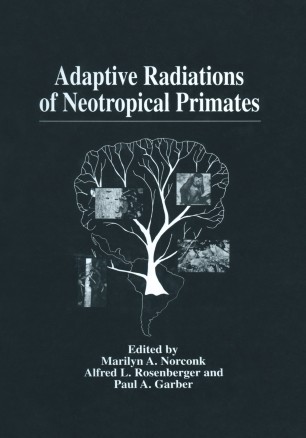 This collection of 29 papers grew out of a symposium entitled "Setting the Future Agenda for Neotropical Primates. " The symposium was held at the Department of Zoo­ logical Research, National Zoological Park, Washington D. C. , on February 26-27, 1994, and was sponsored by the Wenner-Gren Foundation for Anthropological Research, Smith­ sonian Institution, and Friends of the National Zoo. We put the symposium together with two objectives: to honor Warren G. Kinzey for his contributions to the growing field of platyrrhine studies and to provide researchers who work in the Neotropics with the oppor­ tunity to discuss recent developments, to identify areas of research that require additional study, and especially to help guide the next generation of researchers. The symposium provided the opportunity to recognize Warren as a mentor and col­ laborator to the contribution of the study of platyrrhines. Contributions to the book were expanded in order to provide a more comprehensive view of platyrrhine evolution and ecology, to emphasize the interdisciplinary nature of many of these studies, and to high­ light the central role that New World monkeys play in advancing primatology. If this vol­ ume were to require major revisions after just one more decade of research, that would be a fitting testament to Warren's enthusiasm and his drive to continually update the field with new ideas and methods. Tributes to Warren and a list of his publications have been published elsewhere (Norconk, 1994, 1996; Rosenberger 1994, 1995).