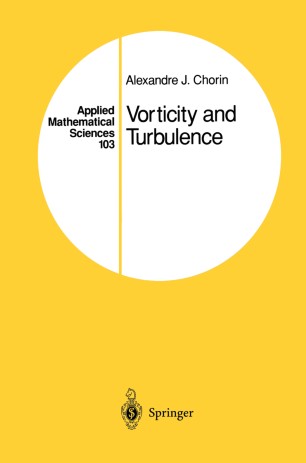 This book provides an introduction to the theory of turbulence in fluids based on the representation of the flow by means of its vorticity field. It has long been understood that, at least in the case of incompressible flow, the vorticity representation is natural and physically transparent, yet the development of a theory of turbulence in this representation has been slow. The pioneering work of Onsager and of Joyce and Montgomery on the statistical mechanics of two-dimensional vortex systems has only recently been put on a firm mathematical footing, and the three-dimensional theory remains in parts speculative and even controversial. The first three chapters of the book contain a reasonably standard intro­ duction to homogeneous turbulence (the simplest case); a quick review of fluid mechanics is followed by a summary of the appropriate Fourier theory (more detailed than is customary in fluid mechanics) and by a summary of Kolmogorov's theory of the inertial range, slanted so as to dovetail with later vortex-based arguments. The possibility that the inertial spectrum is an equilibrium spectrum is raised.