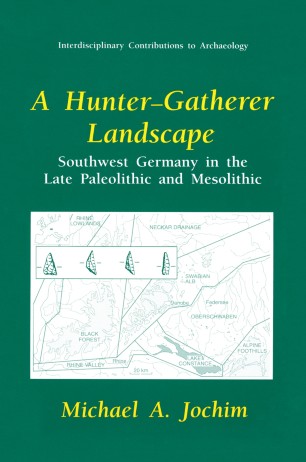 Southwest Germany in the Late Paleolithic and Mesolithic

As an archaeologist with primary research and training experience in North American arid lands, I have always found the European Stone Age remote and impenetrable. My initial introduction, during a survey course on world prehis­ tory, established that (for me, at least) it consisted of more cultures, dates, and named tool types than any undergraduate ought to have to remember. I did not know much, but I knew there were better things I could be doing on a Saturday night. In any event, after that I never seriously entertained any notion of pur­ suing research on Stone Age Europe-that course was enough for me. That's a pity, too, because Paleolithic Europe-especially in the late Pleistocene and early Holocene-was the scene of revolutionary human adaptive change. Iron­ ically, all of it was amenable to investigation using precisely the same models and analytical tools I ended up spending the better part of two decades applying in the Great Basin of western North America. Back then, of course, few were thinking about the late Paleolithic or Me­ solithic in such terms. Typology, classification, and chronology were the order of the day, as the text for my undergraduate course reflected. Jochim evidently bridled less than I at the task of mastering these chronotaxonomic mysteries, yet he was keenly aware of their limitations-in particular, their silence on how individual assemblages might be connected as part of larger regional subsis­ tence-settlement systems.