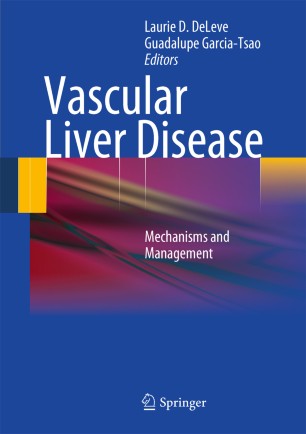 Vascular Liver Disease: Mechanisms and Management covers all of the disease entities that stem from abnormalities that affect the hepatic vasculature. This multi-authored text includes the mechanisms and management of intrahepatic vascular disease, including the most common cause of vascular disease of the liver, cirrhosis. Other less common diseases of the liver vasculature are also covered such as sinusoidal obstruction syndrome (previously known as veno-occlusive disease), portal vein thrombosis, the Budd-Chiari syndrome and congenital vascular malformations. These entities, although rare, are a challenge to physicians and physician scientists. Although many textbooks have been written on the consequences of cirrhosis on the liver vasculature, this is the only volume that focuses on the liver vasculature as a separate entity, providing an innovative approach to liver disease management. Vascular Liver Disease: Mechanisms and Management will be of great value to clinical investigators and basic scientists interested in the liver circulation as well as clinical gastroenterologists and hepatologists, hepatobiliary surgeons and transplant surgeons, and to interventional radiologists with a particular interest in the liver.