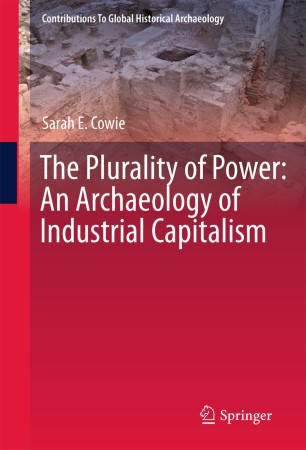 The Plurality of Power

An Archaeology of Industrial Capitalism

How do people experience power within capitalist societies?  Research presented here explicitly addresses the notion of pluralistic power, which encompasses both productive and oppressive forms of power and acknowledges that nuanced and multifaceted power relations can exist in combination with binary dynamics such as domination and resistance.  This volume addresses growing interests in linking past and present power relationships engendered by capitalism and in conducting historical archaeology as anthropology.

The Plurality of Power: An Archaeology of Industrial Capitalism explores the subtle distribution of power within American industrial capitalism through a case study of a company town.  Issues surrounding power and agency are explored in regard to three heuristic categories of power.  In the first category, the company imposed a system of structural, class-based power that is most visible in hierarchical differences in pay and housing, as well as consumer behavior.  A second category addresses disciplinary activities surrounding health and the human body, as observed in the built environment, medical artifacts, disposal patterns of industrial waste, incidence of intestinal parasites, and unequal access to healthcare. The third ensemble of power relations is heterarcical and entwined with non-economic capital (social, symbolic, and cultural).  Individuals and groups drew upon different forms of capital to bolster social status and express identity both within and apart from the corporate hierarchy. The goal in combining these diverse ideas is to explore the plurality of power relationships in past industrial contexts and to assert their relevance in the anthropology of capitalism.