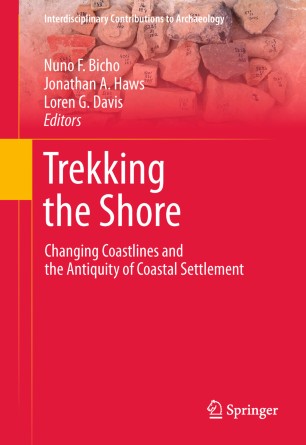 Changing Coastlines and the Antiquity of Coastal Settlement

Human settlement has often centered around coastal areas and waterways. Until recently, however, archaeologists believed that marine economies did not develop until the end of the Pleistocene, when the archaeological record begins to have evidence of marine life as part of the human diet. This has long been interpreted as a postglacial adaptation, due to the rise in sea level and subsequent decrease in terrestrial resources. Coastal resources, particularly mollusks, were viewed as fallback resources, which people resorted to only when terrestrial resources were scarce, included only as part of a more complex diet.

Recent research has significantly altered this understanding, known as the Broad Spectrum Revolution (BSR) model. The contributions to this volume revise the BSR model, with evidence that coastal resources were an important part of human economies and subsistence much earlier than previously thought, and even the main focus of diets for some Pleistocene and early Holocene hunter-gatherer societies.

With evidence from North and South America, Europe, Africa, Asia, and Australia, this volume comprehensively lends a new understanding to coastal settlement from the Middle Paleolithic to the Middle Holocene.

Nuno Bicho received his Ph.D. in Anthropology from Southern Methodist University in 1992. He is currently an Associate Professor of Archaeology at the Universidade do Algarve, Portugal. He was Dean between 1998 and 2001 and 2005-2007. In addition, Bicho is the Director of the Center of Archaeology and Paleoecology of the University (NAP) and a researcher at the Archaeological Research Center at the University of Lisbon (UNIARQ). He specializes in Paleolithic technology and his research focuses on prehistoric costal hunter-gatherers of southern Iberia.

Jonathan Haws is an Associate Professor of Anthropology at the University of Louisville. He received his Ph.D. from the University of Wisconsin-Madison.  His research emphasizes a landscape approach to the Paleolithic occupation of central Portugal. Currently, he is directing a multidisciplinary project that includes a geoarchaeological survey of the Quaternary deposits of coastal Estremadura, Portugal, and the excavation of a multicomponent Upper Paleolithic cave site, Lapa do Picareiro.

Loren Davis is an Associate Professor of Anthropology at Oregon State University.  In addition, Davis is the Executive Director of the Keystone Archaeological Research Fund, and the Director of the Pacific Slope Archaeological Laboratory.  He received his Ph.D. in Anthropology from the University of Alberta.  His research focuses on the Pleistocene prehistory and geoarchaeology of western North America, with particular emphasis on the Pacific Northwest and the Baja California peninsula.

“Trekking the Shore is a welcome addition to the literature on the archaeology of coastal adaptations and the challenges involved in discovering and interpreting early coastal sites given the vagaries of Quaternary sea level changes, shifting shorelines, and coastal erosion. … The book does an admirable job of that–virtually every chapter explicitly recognizing the importance of situating sites and assemblages within the dynamic landscapes and seascapes in which people lived.” (Jon M. Erlandson, Journal of Anthropological Research, Vol. 68, 2012)