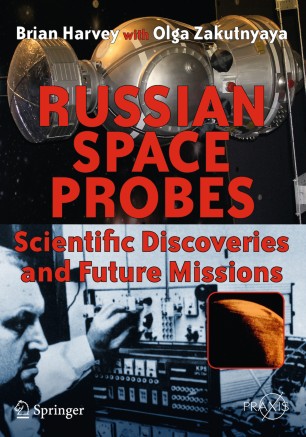 The Soviet Union began the exploration of space with the launch of Sputnik in 1957, well over 50 years ago, and sent the first probes to the Moon, Mars, and Venus. Less well known is what these probes actually found out. What were the discoveries of Russian space science? What new discoveries may we expect in the future? Who were Russia's most important scientists? Russian Space Probes gives for the first time the definitive history of Soviet-Russian space science, and is the first book to assess the actual achievements of the Russian space program in furthering our knowledge of the Solar System. Among other projects covered are missions such as Elektron, which mapped the Earth's radiation belts; the astrophysical observatories Astron, Kvant, Gamma, and Granat; Proton, which trapped cosmic rays; Prognoz, which measured solar radiation; and the Interball, Aktivny, APEX, and Magion mission in which satellites chased each other in the Earth's magnetic tail. The final part of the book examines the future of Russian space science and looks at planned new missions, such as the Spektr series of space observatories, and return flights to the Moon and Mars, including a sample of Phobos.