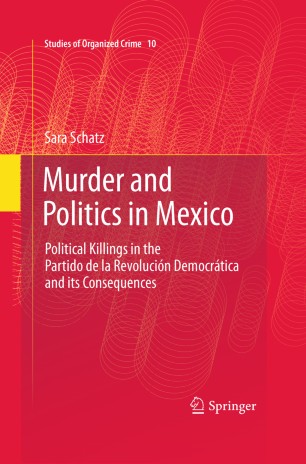 Murder and Politics in Mexico

Murder and Politics in Mexico studies the causes of political killings in Mexico’s liberalization-democratization within the larger context of political repression. Mexico’s democratization process has entailed a little known, but highly significant cost of human lives in pre- and post-election violence. The majority of these crimes remain in a state of impunity: in other words, no person had been charged with the crime and/or no investigation of it had occurred. This has several consequences for Mexican politics: when the level of violence is extreme and when political killings are involved that are systematic and pervasive, this could indicate a real fracture in the democratic system.

This book analyzes several dimensions regarding impunity and political crime, more specifically, the political killings of members of the PRD in the post-1988 period in Mexico. The main argument proposed in this book is that impunity for political killings is a structured system requiring one central precondition, namely the failure of the legal system to function as a system of restraint for killings. Dr Schatz’s research finds that political assassinations are indeed rational, targeted actions but they do not occur within an institutional vacuum. They are caused by multiple, interacting factors that involve the political, legal and criminal justice systems.

As a form of interpersonal violence, political assassination involves direct or implied authorization from political leaders, the availability of assassins for hire and the willingness of some political leaders to utilize them against political opponents, and violent interactions between political parties combined with judicial system ineffectiveness. A corrupt legal system facilitates the use of political assassinations and explains the persistence of impunity for political murder over time. To reduce political violence in the transition to electoral democracy, specific institutional conditions, namely a structured system of impunity for murder, must be overcome.

Sara Schatz is a criminology expert currently affiliated with Ohio State University, as an assistant professor for Latin American Studies. She received her PhD. in Sociology at UCLA, an M.A. in Latin American Studies from UC Berkeley, and an M.A. in International Development from UCLA.  Her research specializes in the political and legal situation in Mexico.