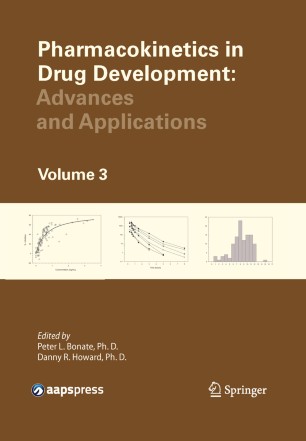 The topics chosen for this volume were selected because they are some of the current development or technological issues facing drug development project teams.  They regard the practical considerations for assessment of selected special development populations.  For example, they include characterization of drug disposition in pregnant subjects, for measuring arrhythmic potential, for analysis tumor growth modeling, and for disease progression modeling.  Practical considerations for metabolite safety testing, transporter assessments, Phase 0 testing, and development and execution of drug interaction programs reflect current regulatory topics meant to address enhancement of both safety assessment and early decision-making during new candidate selection.  Important technologies like whole body autoradiography, digital imaging and dried blood spot sample collection methods are introduced, as both have begun to take a more visible role in pharmacokinetic departments throughout the industry.

Peter Bonate has 16 years industrial experience, 13 years as a clinical pharmacologist/pharmacokineticist and 3 years in drug metabolism and bioanalysis.  He is currently a Director in the Clinical Pharmacology, Modeling, and Simulation department at GlaxoSmithKline in the oncology therapeutic area.   He has also worked at Genzyme, Hoechst Marion Roussel, Eli Lilly, and Quintiles.  He received his Ph.D. in 1996 from Indiana University in Medical Neurobiology with an emphasis on the pharmacokinetics of drugs of abuse.  He received an MS in statistics from the University of Idaho and an MS in Pharmacology from Washington State University both in 1990.  In 2003 he was elected a Fellow of the American College of Clinical Pharmacology and in 2007 was elected a fellow of the American Association of Pharmaceutical Scientists (AAPS).  He was founder of the Modeling and Simulation focus group, has served as chair of the population pharmacokinetics focus group, and was section leader for the Clinical Pharmacology and Translational Research Section within AAPS.  He has served or currently serves on the editorial boards for the Journal of Clinical Pharmacology, Pharmaceutical Research, Journal of Pharmacokinetics and Pharmacodynamics, and the AAPS Journal.  He has more than 40 publications in the field of pharmacokinetics and clinical pharmacology, is co-editor of the 2-volume series Pharmacokinetics in Drug Development published by AAPS Press in 2004, and is author of the book Pharmacokinetic-Pharmacodynamic Modeling and Simulation  published by Springer in 2005.

Danny Howard received his Bachelor's of Science degree in Pharmacy, and Ph.D. from the University of Missouri in Kansas City.  He began working in the pharmaceutical industry in 1991, first as a biopharmaceutics consultant and then as pharmaceutical scientist for Marion Merrell Dow, Hoechst Marion Roussel, Aventis, and Quintiles.  He is currently the Vice President of Global Pharmacokinetics and Pharmacodynamics for Novartis.  His career has included responsibilities in both clinical and nonclinical pharmacokinetics and pharmacodynamics, bioanalytics, and pharmaceutical business operations. He has worked with numerous drug submissions supporting both large and small molecules worldwide.  He was a charter member of the Missouri Biotech Association and served as its first Board Chairman.  With Peter Bonate, he was the co-editor of the series Pharmacokinetics in Drug Development published by AAPS Press in 2004.