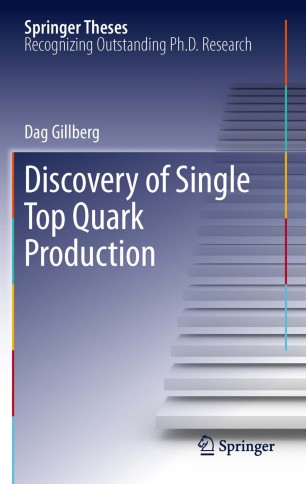 This original, outstanding thesis presents the first discovery of single top quark production and documents one of the flagship measurements of the D0 experiment, a collaboration of more than 600 particle physicists from around the world. It describes the first observation of a physical process known as “single top quark production,” which had been sought for more than 10 years before its eventual discovery in 2009.

This thesis describes, in detail, an innovative approach of using Boosted Decision Trees, a machine-learning technique, to observe the tiny single top signal within an otherwise overwhelming background. The final result was published in August 2009 in Physical Review Letters, the most prestigious journal in the field of experimental particle physics. It was further made an “editor’s choice” in that publication and was highlighted in the journal Physics as one of the most interesting and significant results published in all of physics at that time.