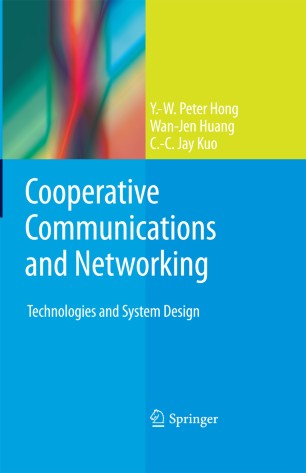 Cooperative and relay communications have recently become the most widely explored topics in communications, whereby users cooperate in transmitting their messages to the destination, instead of conventional networks which operate independently and compete among each other for channel resources. As the field has progressed, cooperative communications have become a design concept rather than a specific transmission technology. This concept has revolutionized the design of wireless networks, allowing increased coverage, throughput, and transmission reliability even as conventional transmission techniques gradually reach their limits. Cooperative and relay technologies have also made their way toward next generation wireless standards, such as IEEE802.16 (WiMAX) or LTE, and have been incorporated into many modern wireless applications, such as cognitive radio and secret communications.

Cooperative Communications and Networking: Technologies and System Design provides a systematic introduction to the fundamental concepts of cooperative communications and relays technology to enable engineers, researchers or graduate students to conduct advanced research and development in this area.

The contents of the book can be summarized as follows:

Cooperative Communications and Networking: Technologies and System Design provides researchers, graduate students, and practical engineers with sufficient knowledge of both the background of cooperative communications and networking, and potential research directions.