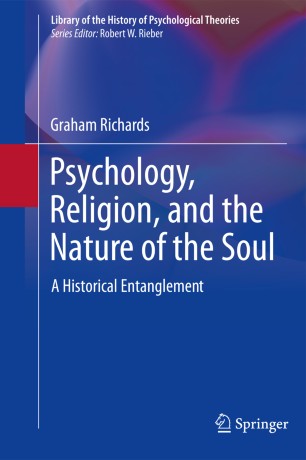 Psychology, Religion, and the Nature of the Soul

Neither a book about the psychology of spirituality nor America’s ongoing turf wars between religion and science, Psychology, Religion, and the Nature of the Soul takes to task many of the presumed relationships between the two—from sharing common concerns to diametrically hostile opposites—to analyze the myriad functions religion and psychology play in our understanding of the human life and mind. Graham Richards takes the historical and philosophical long view in these rigorous and readable essays, which trace three long-running and potentially outmoded threads: that psychology and religion are irrelevant to each other, that they are complementary and should collaborate, and that one will eventually replace the other. He references a stunning variety of texts (from Freud and Allport to Karen Armstrong and Paul Tillich) reflecting the evolution of these ideas over the decades, to emphasize both the complexity of the issues and the enduring lack of easy answers. The eloquence of the writing and passionate objectivity of the argument will interest readers on all sides of the debate as the author examines: • The religious origins of psychology. • The original dichotomy: mythos versus logos. • The authenticity of religious experience. • Religion and personality. • The problematic role of prayer. • Religion in the history of psychotherapy. For those making a serious study of the history of psychology, Psychology, Religion, and the Nature of the Soul will inspire a fresh wave of critical discussion and inquiry.