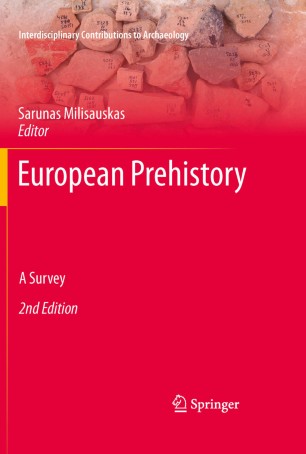 European Prehistory: A Survey traces humans from their earliest appearance on the continent to the Rise of the Roman Empire, drawing on archaeological research from all over Europe. It includes the Paleolithic, Mesolithic, Neolithic, Bronze and Iron Ages. Throughout these periods, the major developments are explored using a wide range of archaeological data that emphasizes aspects of agricultural practices, gender, mortuary practices, population genetics, ritual, settlement patterns, technology, trade, and warfare.

Using new methods and theories, recent discoveries and arguments are presented and previous discoveries reevaluated. This work includes chapters on European geography and the chronology of European prehistory. A new chapter has been added on the historical development of European archaeology. The remaining chapters have been contributed by archaeologists specializing in different periods.

The second edition of European Prehistory: A Survey is enhanced by a glossary, three indices and a comprehensive bibliography, as well as an extensive collection of maps, chronological tables and photographs.

Sarunas Milisauskas is a professor in the Anthropology Department of the State University of New York, Buffalo.