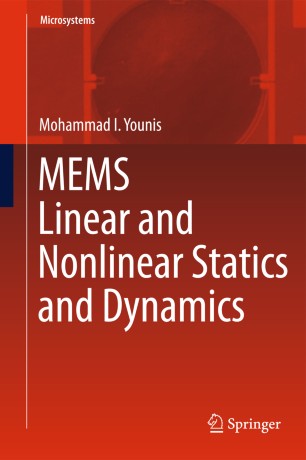 MEMS Linear and Nonlinear Statics and Dynamics presents the necessary analytical and computational tools for MEMS designers to model and simulate most known MEMS devices, structures, and phenomena. This book also provides an in-depth analysis and treatment of the most common static and dynamic phenomena in MEMS that are encountered by engineers. Coverage also includes nonlinear modeling approaches to modeling various MEMS phenomena of a nonlinear nature, such as those due to electrostatic forces, squeeze-film damping, and large deflection of structures. The book also:

MEMS Linear and Nonlinear Statics and Dynamics is an ideal volume for researchers and engineers working in MEMS design, modeling, and characterization.