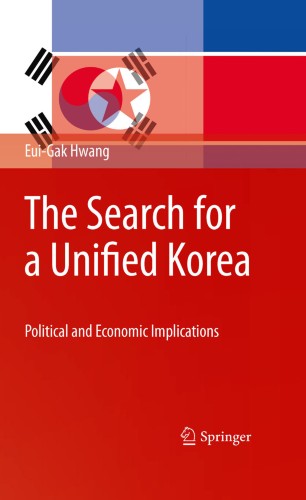 The Search for a Unified Korea

With the leadership of the North Korean political regime in flux, the political and economic relationship between North Korea and South Korea, and between the Korean peninsula and the world, is uncertain. What would be the implications if the current North Korean government were to fall? This timely book provides a thorough analysis of the complexities of regime change that goes far beyond the usual media discussion of this topic.

The book traces the historical roots of the existence of the two Koreas and their ideological divide.  It goes on to review the consequences of South Korea’s alternating policies of "sternness and sunshine" toward North Korea since World War II, and presents an analysis of their likely relative efficacy in achieving re-unification.  The book then examines the effect of international affairs on the prospects for stability and reunification on the Korean peninsula and assesses the relevance of reunification experiences in Germany and Vietnam to Korea’s situation.  Finally, it suggests how to proceed if the opportunity for reunification arises, tackling the issue of how South Korea can respond to other nations’ interests in the outcome on the Korean Peninsula and the need for a multinational body to supervise a North Korean transition replacing the present regime. This comprehensive book will be invaluable to any researcher, student, or decision maker interested in the future of the Korean peninsula, East Asian political economy, and international diplomacy.