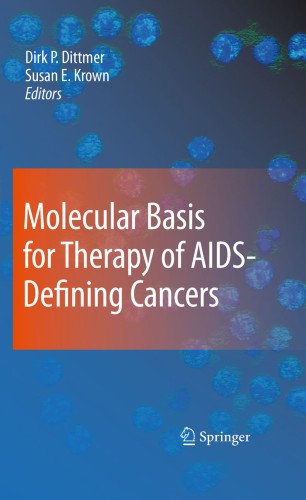 An increased risk for various cancers is a characteristic of people living with HIV infection.  Although only three cancers – Kaposi’s sarcoma, high-grade B-cell lymphomas, and invasive cervical cancer – are considered to be "AIDS-defining" conditions, are associated with oncogenic viruses, and occur with increased frequency as immune function declines, other cancer types also occur significantly more frequently in HIV-positive individuals than in the general population, but are not directly associated with clinical progression to AIDS. Notably these "non-AIDS-defining" cancers include virus-associated cancers such as anal cancer, hepatocellular cancer and Hodgkin’s disease, as well as non-virus associated cancers such as lung cancer. Importantly, there are also large worldwide differences in the incidence and behavior of different AIDS-associated cancers.

Although effective combination antiretroviral therapy (cART) may be sufficient in some cases to decrease the incidence or beneficially influence the course of some cancers, in other cases it fails to control cancers in people living with HIV/AIDS. Currently, more than a decade after the widespread introduction of cART, and after major advances in the basic understanding of cancer signaling pathways, we have a unique opportunity to revisit the pathobiology, epidemiology and treatment options for malignancies in people living with HIV/AIDS. Molecular Basis for Therapy of AIDS-Defining Cancers provides a primer on the science of cancer in the setting of HIV infection, as well as examples of novel treatment approaches for HIV-associated neoplasia.