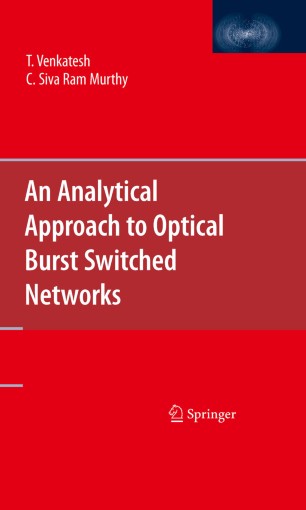 Optical burst switching (OBS) is envisioned to be one of the promising technologies to support bandwidth-intensive applications in the future Internet. An Analytical Approach to Optical Burst Switched Networks discusses architectures such as SOBS, SynOBS, HiTSOBS and applications of OBS networks in grid computing in metropolitan and access networks.

An Analytical Approach to Optical Burst Switched Networks provides extensive and up-to-date coverage on various aspects of OBS. The material is useful for researchers working in the area of high speed networks.