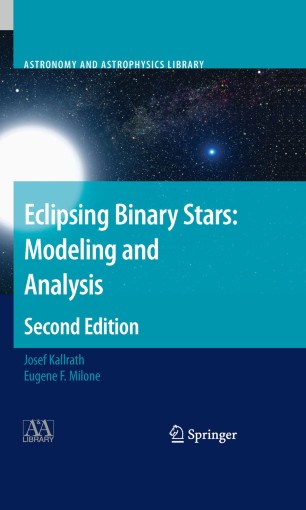 Eclipsing Binary Stars focuses on the mathematical formulation of astrophysical models for the light curves of eclipsing binaries stars, and on the algorithms for evaluating and exploiting such models. Since information gained from binary systems provides much of what we know of the masses, luminosities, and radii of stars, such modeling is acquiring increasing importance in studies of stellar structure and evolution. As in other areas of science, the computer revolution has given many astronomers tools that previously only specialists could use; anyone with access to a set of data can now expect to be able to model it. This book will provide astronomers, both amateurs and professionals, with a guide for