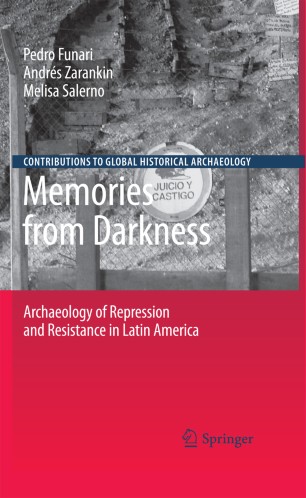 Archaeology of Repression and Resistance in Latin America

The study of Archaeology in Latin America has been strongly affected by the socio-political setting of the region. The history of state repression in the 1960s-1980s is particularly challenging to study, with many holes in the traditional accounts of events. Several dictatorships (especially military governments) emerged during this period dominated by the development of the Cold War and the consequences of the Cuban Revolution. Repressive regimes remained in power for decades, until internal and international changes allowed democracy to take over a firm hold.

State terrorism included censorship, exile, detention, torture, murder, and forced disappearance. Written documents on political violence are scarce and fragmentary, with many of these sources deliberately destroyed by government authorities. New archaeological methods must be employed to reconstruct the history of the period, helping to disclose the silenced voice of victims, relatives and society as a whole.

The contributions in this important volume show the socio-political commitment of Archaeology in Latin American to shed light on the specific case of dictatorship and repression in the region. The techniques described will also provide a valuable resource for archaeologists working to understand the nature of political violence worldwide and reconstruct other historical periods without reliable written sources.