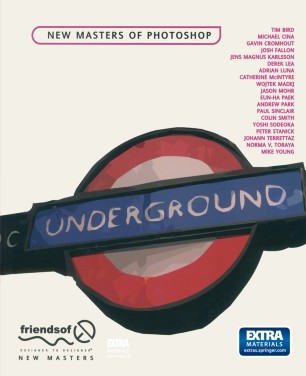 Computer Arts Magazine, Dec 2001 If you use Photoshop and want to progress your skills, this book will open your eyes www.pixelsurgeon.com This book is a tempting, friendly design gigolo, and will do absolutely anything you ask of it. DT & G Magazine - www.Design-Bookshelf.com If you care for your craft, you'd be foolish indeed to let this opportunity slip away. Book of the year. Photoshop User Magazine, January 2002 The variety of artwork and approaches is a definite plus. CGI Magazine, February 2002 Not just a book about graphics, it's a work of art in itself. As a piece of software, Adobe Photoshop is rare - perhaps alone - in evoking genuine passion from its users. As it evolves, it finds its way into the lives of more and more professional creators, tempting them away from their traditional materials, and expanding their horizons. Yes, it can alter photographs. It can also alter careers. New Masters of Photoshop is a showcase of Masters who use Photoshop, and Masters of Photoshop use. The photographers, animators, artists, and designers assembled here have a myriad of different skills: some manipulate, some animate, some create from scratch. All of them produce remarkable, beautiful things. In these pages, the authors will demonstrate examples of their print work, web work, public work, and private work, explaining the techniques they use to achieve their results. More than that, though, they'll tell you how they think: who their influences are, where their ideas come from, and how they find inspiration when the well has run dry. friends of ED has scoured the world for the leading exponents of Photoshop technique. This book is a gallery of Photoshop practice and theory, backed with essays on the influences and inspirations that lie behind the sharpest digital art in today's media-saturated world. The book deconstructs sophisticated, complex, and astonishing Photoshop graphics, providing motivation, skills and inspiration in equal parts. Support for this book is available on the friends of ED web site (friendsofed.com). From the Publisher Creating a Photoshop image is a process that occurs as much in the head as it does on the screen. Uniquely, New Masters of Photoshop documents it all, from the seeds of an idea, to the outcome on screen, paper, or canvas. The projects include examples of collage and montage that involve manipulation of whole images and tiny fragments - working on a grand scale, and at a pixel-by-pixel level. Layers and masks, with all their subtleties, are used in fascinating ways; and filters are treated with the sensitivity and discretion they require. The CD contains: Audio, video, and written interviews with the authors Source files for the tutorials Unflattened Photoshop files for closer inspection About the Author Michael Cina Michael Cina is an artist and designer living in a small village outside of minneapolis. he creates stuff (mikecina.com) and things (trueistrue.com) out of his house in that village. companies like mtv or adobe may even call him to do some work. every now and then he leaves his village to speak at design conferences. often he will leave his house to buy cds or books (or both if he got paid). otherwise he rides his bike, fishes, chases his cat or girlfriend, takes pictures, makes fonts, paints, e-mails people, struggles over writing things like books and bios... currently michael is working on his new company, weworkforthem.com, with michael young. WeWorkForThem is half art and half design studio. Mike Young Mike Young is an artist currently residing in Washington, DC, USA. Mike has created and maintained sites such as designgraphik.com and submethod.com, and is currently starting weworkforthem.com with Michael Cina of trueistrue.com. While working on these projects, Mike has also served as art director for two years at Vir2l Studios, where he directed and designed on projects such as vir2l.com, which won prestigious awards such as the New York Festivals New Media Competition, Cannes Cyber Lion: Gold, Clio Award, Art Directors Club, and also Invision Award. Not only has Mike worked on many personal and experimental web art-based projects, but also he has worked with clients such as MTV, Dc Shoes, Mercury Automobiles, Dj Dieselboy, Dj Dara, Dj Ak1200, and Walker Art Center. Jens Magnus Karlsson Jens Karlsson is a Swedish digital artist and designer. He studied information and advertising for four years, partly in the US, and later graduated from Hyperisland School of New Media Design. At Hyperisland, Jens worked as a freelance art director, along with his studies, doing print, animation, and online work for clients such as CBS, Sony, Volkswagen, and Digital Vision. From there he moved on to a position as Senior Designer at Kioken Incorporated. Jens is currently a freelance designer through Chapter3.net, and he is actively involved in enriching the online design culture with news, articles, and events, mainly as assistant creative director at threeoh.com.