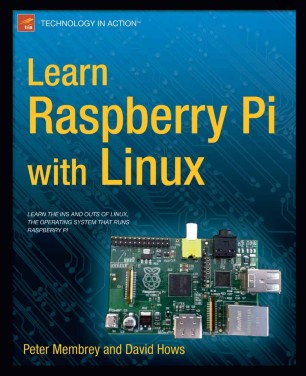 Learn Raspberry Pi with Linux will tell you everything you need to know about the Raspberry Pi's GUI and command line so you can get started doing amazing things. You'll learn how to set up your new Raspberry Pi with a monitor, keyboard and mouse, and you'll discover that what may look unfamiliar in Linux is really very familiar. You'll find out how to connect to the internet, change your desktop settings, and you'll get a tour of installed applications.

Next, you'll take your first steps toward being a Raspberry Pi expert by learning how to get around at the Linux command line. You'll learn about different shells, including the bash shell, and commands that will make you a true power user.

Hailing from the U.K., Peter Membrey has worked for Red Hat, holds a RHCE certification, and worked and taught at a number of educational institutions since the beginning of his career. He knows what Linux users like and need, and hopes that CentOS will get the kudos it deserves. He lives in Hong Kong and is teaching and consulting on all matters to do with Linux Enterprise networking, while studying for his master's degree.