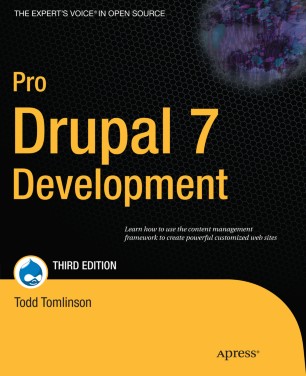 Pro Drupal 7 Development updates the most popular development reference for the release of Drupal 7. With several new and completely-rewritten essential APIs and improvements in Drupal 7, this book will not only teach developers how to write modules ranging from simple to complex, but also how Drupal itself works.

John K. VanDyk has been a Drupal developer since 2004. In 2005, he organized the first Drupal conference in Antwerp, Belgium, with Drupal founder Dries Buytaert. John has contributed several modules to Drupal including the actions, workflow, publish, subscribe, and pubcookie modules and has been instrumental in the design of Drupal's Content Construction Kit. John's day job is as an entomology professor and systems analyst at Iowa State University, where he teaches undergraduate courses about insects. In his spare time, when not hacking on Drupal, John enjoys squash hunting and raising children.