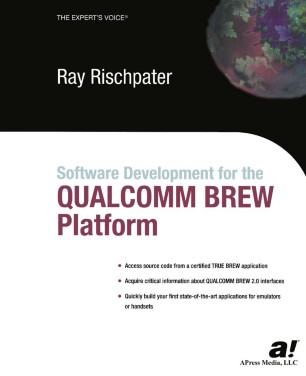 BREW offers a number of key advantages over other software environments, like secure application licensing, integrated billing, and down-to-the-metal APIs for high-performance applications. You'll learn what it takes to develop applications for BREW—not just development tools, but the methodology required to bring an application to a carrier for distribution.

Over 1 million BREW-enabled handsets shipped during BREW's first year. And BREW is involved with both major domestic carriers (such as Verizon Wireless, boasting over 37 million subscribers) and overseas carriers. Thus, BREW is poised as a key player in the wireless handset space.