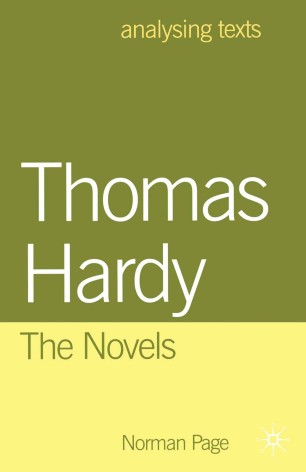 This book is designed to serve as a practical guide for students and others wishing to improve their skills in the detailed analysis and discussion of Hardy's prose texts. Its aim is to sharpen readers' awareness of the complexity and subtlety of Hardy's art by encouraging responsiveness to such aspects as language and style, imagery and symbol, descriptive and dramatic method and narrative technique. At the same time extracts are considered not in isolation but in relation to the overall purposes of a highly-organised text.

While the main focus is on four of Hardy's most-widely read novels, the twenty-four examples of close analysis cover six major themes that are relevant to all his fiction. There are also numerous references to his other writings in prose and verse. The second part of the book provides, in succinct form, essential background material, including an outline of Hardy's life and career and an account of the literary, historical and intellectual contexts of his fiction. As well as a guide to further reading, a chapter is devoted to samples of criticism illustrating a range of approaches to the chosen texts and representing the work of important critics past and present.