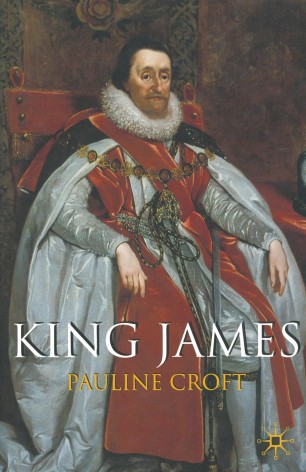 The accession of James VI of Scotland to the English throne in 1603 created a multiple monarchy covering the three kingdoms of England, Scotland and Ireland which endured until 1922. Clear and concise, Pauline Croft's study provides a compelling narrative of the king's reign in all of his dominions, together with an authoritative analysis of his remarkable, though flawed, achievements.

Bringing together all of the latest researches and debates on the three realms in the years 1566-1625, Croft emphasises their interaction and the problems posed by multiple monarchy. She also examines the interplay between domestic and foreign policy, religious tensions at home and abroad, finance and parliamentary politics, and discusses the king's writings, his personal life, and his own view of his role.

An ideal introduction for all those with an interest in the reign of James VI of Scotland and I of England, this is the first account to successfully place the king in the context of all his kingdoms.

PAULINE CROFT is Reader in Early Modern History at Royal Holloway University of London. She has published widely on British history in the sixteenth and seventeenth centuries.