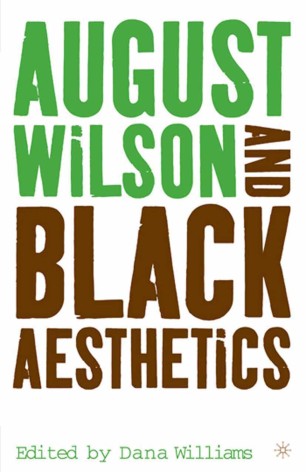 This book offers new essays and interviews addressing Wilson's work, ranging from examinations of the presence of Wilson's politics in his plays to the limitations of these politics on contemporary interpretations of Black aesthetics. Also includes an updated introduction assessing Wilson's legacy since his death in 2005.

"A cogent and timely reminder of the tacit assumptions and invisible inflections that critics and audiences bring to theatrical experience. In this nuanced and richly variegated collection of perspectives on Wilson s importantly controversial The Ground on Which I Stand speech, Williams and Shannon have produced a dynamic exploration of black aesthetics and contemporary theater, which provides a fitting tribute to Wilson s memory and to his spirit." - Alan Nadel, author of May All Your Fences Have Gates: Essays on the Drama of August Wilson and August Wilson, Completing the Twentieth-Century Cycle"Registers the continuing significance of the playwright s 1996 speech that shocked American theatre critics with its echoes of a 1960s Black Arts militancy. In addition to analysis of specific Wilson texts and his construction of black female characters, this lively collection includes two previously unpublished interviews, one with Charles Dutton, who played the male lead in three Wilson plays, and a second with Wilson himself in which he muses about projects he will pursue once the ten-play cycle is completed. Capping the volume is a play that demonstrates how Wilson s spirituality and activism inspires a generation of younger black women playwrights." - Sandra L. Richards, Professor, Northwestern University