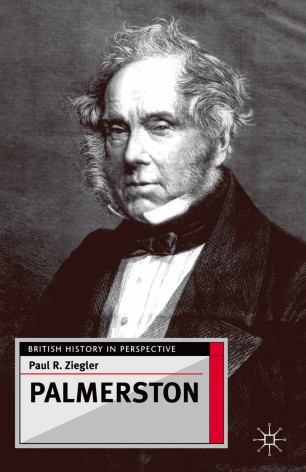 In serving more than fifty years in public life, Palmerston placed his stamp upon nineteenth-century Britain. Born and bred an eighteenth-century aristocrat, he initially seemed out of place in a world stirred by the twin forces of the French and Industrial Revolutions, and more suited to the dandified life of the beau monde. As a conservative politician, he appeared ill fit for an age of reform, and as Foreign Secretary his gunboat diplomacy courted war and revolution at a time when European diplomats were seeking peace and stability.

However, as Paul R. Ziegler's compelling biography shows, the 3rd Viscount Palmerston was a man of contradictions. Despite his aristocratic roots and playboy image, Palmerston was a tireless public servant and a meticulous planner, who identified himself with the people and became their natural spokesperson - a role which culminated in his eventual election as Prime Minister. Whilst fearing the advent of democracy, he was willing to experiment with reform; and although seemingly averse to the onrush of modernity, he nevertheless seized the initiative both at home and abroad in leading his nation into the future.

Taking into account recent scholarship and revisionist approaches, Ziegler authoritatively reviews the life of this well-known political figure and reassesses his contribution to the nineteenth century - demonstrating that, in facing new challenges, Palmerston adjusted himself to the times and helped to usher Britain into the modern age.