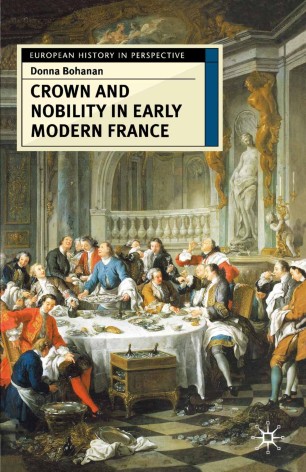 This book analyses the evolving relationship between the French monarchy and the French nobility in the early modern period. New interpretations of the absolutist state in France have challenged the orthodox vision of the interaction between the crown and elite society. By focusing on the struggle of central government to control the periphery, Bohanan links the literature on collaboration, patronage and taxation with research on the social origins and structure of provincial nobilities. Three provinical examples, Provence, Dauphine and Brittany, illustrate the ways in which elites organised and mobilised by vertical ties (ties of dependency based on patronage) were co-opted or subverted by the crown.

The monarchy's success in raising more money from these pays d'etats depended on its ability to juggle a set of different strategies, each conceived according to the particularity of the social, political and institutional context of the province. Bohanan shows that the strategies and expedients employed by the crown varied from province to province; conceived on an individual basis, they bear the signs of ad hoc responses rather than a gradnoise plan to centralise.