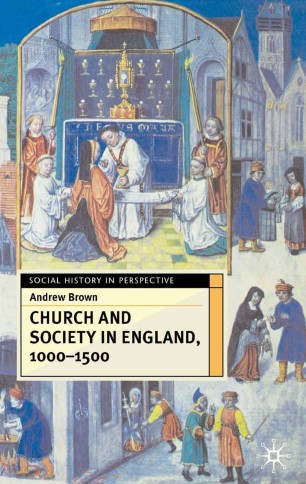 What impact did the Church have on society? How did social change affect religious practice? Within the context of these wide-ranging questions, this study offers a fresh interpretation of the relationship between Church, society and religion in England across five centuries of change.

Andrew Brown examines how the teachings of an increasingly 'universal' Church decisively affected the religious life of the laity in medieval England. However, by exploring a broad range of religious phenomena, both orthodox and heretical (including corporate religion and the devotional practices surrounding cults and saints) Brown shows how far lay people continued to shape the Church at a local level.

In the hands of the laity, religious practices proved malleable. Their expression was affected by social context, status and gender, and even influenced by those in authority. Yet, as Brown argues, religion did not function simply as an expression of social power - hierarchy, patriarchy and authority could be both served and undermined by religion. In an age in which social mobility and upheaval, particularly in the wake of the Black Death, had profound effects on religious attitudes and practices, Brown demonstrates that our understanding of late medieval religion should be firmly placed within this context of social change.

ANDREW BROWN is Senior Lecturer in the School of History and Classics at the University of Edinburgh.