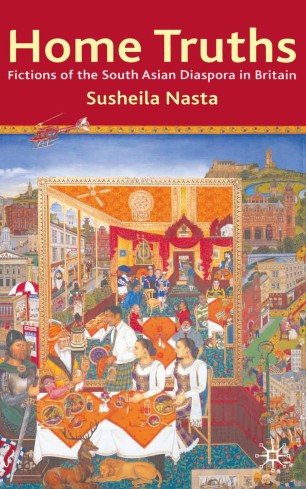 Fictions of the South Asian Diaspora in Britain

The figure of the disaporic or migrant writer has recently come to be seen as the 'Everyman' of the late modern period, a symbol of the global and the local, a cultural traveller who can traverse the national, political and ethnic boundaries of the new millennium. Home Truths: Fictions of the South Asian Diaspora in Britain seeks not only to place the individual works of now world famous writers such as VS Naipaul, Salman Rushdie, Sam Selvon or Hanif Kureishi within a diverse tradition of im/migrant writing that has evolved in Britain since the Second World War, but also locates their work, as well as many lesser known writers such as Attia Hosain, GV Desani, Aubrey Menen, Ravinder Randhawa and Romesh Gunesekera within a historical, cultural and aesthetic framework which has its roots prior to postwar migrations and derives from long established indigenous traditions as well as colonial and post-colonial visions of 'home' and 'abroad'. Close critical readings combine with a historical and theoretical overview in this first book to chart the crucial role played by writers of South Asian origin in the belated acceptance of a literary poetics of black and Asian writing in Britain today.

SUSHEILA NASTA is Research Lecturer in Literature at the Open University. She is also Associate Fellow, Institute of English Studies, University of London, and Editor of Wasafiri.