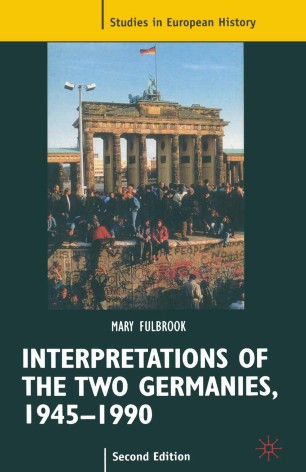 Interpretations of the Two Germanies

The two Germanies, arising from the unpromising ashes of defeated Nazi Germany, came to represent opposing models of state and society. The Federal Republic established itself as a remarkably stable democracy and successful social market economy: the German Democratic Republic developed an apparently exemplary form of 'actually existing socialism' and became a pillar of the Soviet bloc. Then in 1989, the 'gentle revolution' in East Germany added a new twist with the collapse of Communist rule. With rapid reunification, the united Germany of 1990 faced new challenges as the unprecedented transformation created a multitude of economic problems and social tensions.
Previously published in 1992 as The Two Germanies, this book has been fully revised and updated to take account of all the latest developments in contemporary German history.