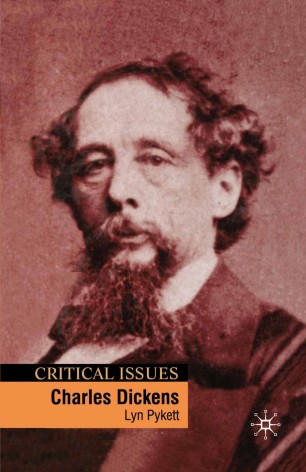 To many of his contemporaries, Charles Dickens was the greatest writer of his age; a one-man fiction industry who produced fourteen massive novels, and numerous sketches, essays and stories, many of which appeared in the two magazines which he founded and edited. Today the work of one of the first and most successful mass-circulation authors continues to enthrall readers around the world.

This wide-ranging book examines the writings of Dickens, not only in his time but also in ours. it looks at the author as a Victorian 'man of letters', and explores his cultural and critical impact both on the definition of the novel in the nineteenth century and the subsequent development of the form in the twentieth. Lyn Pykett focuses on Dickens as journalist, literary entrepreneur, the conductor of magazines, the shaper of the serial novel, the manipulator of the multiple plot, and the creator of eccentric characters. She also assesses the modernity of the writer's alienated protagonists and their social environments, as well as reassessing his representations of the vivid, bleak and at times menacing spectacle of the metropolis, from the late modern/postmodern perspective of the twenty first century.

Each chapter of this text analyses the work of a particular decade in Dickens's career, providing a lively contextual study which places his writings in relation to the worlds that made him, and the literary worlds which he made. It is essential reading for all those with an interest in one of the most popular, and enduring, British novelists of all time.

LYN PYKETT is Professor of English and Head of Department at the University of Wales, Aberystwyth. She is the author of numerous books and essays on nineteenth and early twentieth century culture, and edits the Journal of Victorian Culture.