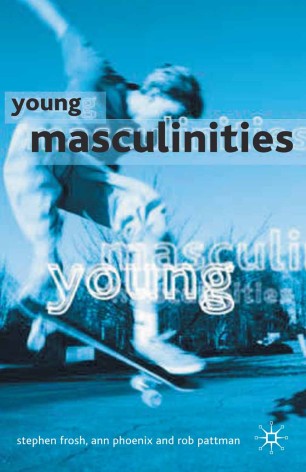 How do boys see themselves? Their peers? The adult world? What are their aspirations, their fears? How do they feel about their own masculinity? About style, 'race', homophobia? About football?

This book examines aspects of 'young masculinities' that have become central to contemporary social thought, paying attention to psychological issues as well as to social policy concerns. Centring on a study involving in-depth exploration, through individual and group intererviews, the authors bring to light the way boys in the early years of secondary schooling conceptualise and articulate their experiences of themselves, their peers and the adult world. The book includes discussion of boys' aspirations and anxieties, their feelings of pride and loss. As such, it offers an unusually detailed set of insights into the experiential world inhabited by these boys - how they see themselves, how girls see them, what they wish for and fear, where they feel their 'masculinity' to be advantageous and where it inhibits other potential experiences. In describing this material, the authors explore questions such as the place of violence in young people's lives, the functions of 'hardness', of homophobia and football, boys' underachievement in school, and the pervasive racialisation of masculine identity construction.

Young Masculinities will be invaluable to researchers in psychology, sociology, gender and youth studies, as well as to those devising social policy on boys and young men.

STEPHEN FROSH is Professor of Psychology at Birkbeck College, University of London, and previously Consultant Clinical Psychologist and Vice Dean in the Child and Family Department at the Tavistock Clinic, London. He is the author of numerous academic papers and several books, including For and Against Psychoanalysis, Sexual Difference: Masculinity and Psychoanalysis, Identity Crisis: Modernity, Psychoanalysis and the Self and The Politics of Psychoanalysis. He is joint author, with Danya Glaser, of Child Sexual Abuse and co-editor with Anthony Elliott of Psychoanalysis in Context.

ANN PHOENIX is Senior Lecturer in Psychology, Open University. Her books include Standpoints and Differences (with Karen Henwood and Chris Griffin), Crossfires: Nationalism, Racism and Gender in Europe (with Helma Lutz and Nira Yuval-Davies), and Black, White or Mixed Race? (with Barbara Tizard).

ROB PATTMAN is Lecturer in Sociology at the University of Botswana. He has taught sociology in sixth form colleges and institutions of higher education in Britain and southern Africa, and published articles on whiteness, gender identities, sex and AIDS education and social theory.